Why Use a Prenuptial Agreement? 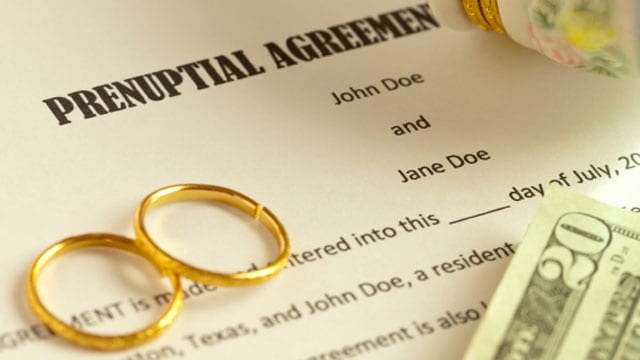 When you are considering marriage, the thought of a prenuptial agreement almost seems like you are planning for a guaranteed divorce. Sadly, because of this myth, many people do not use one of these agreements and in the future find themselves facing a divorce and a loss of many of their assets. The truth is, using a prenup as part of your marriage contract protects both parties from the unforeseen future.

Who Uses A Prenuptial Agreement?

In most cases, a prenuptial is drawn up for people who are entering into a second marriage and have built up assets for themselves earlier in their lives. In most cases, the reason that the agreement is drawn up is to protect the children from previous marriages and their intended inheritances. People who marry later in life also often use these agreements as a way to protect their retirement accounts that were established prior to marriage.

Also, people who are wealthy prior to their marriage, even if it is their first marriage, may wish to establish some terms for their assets in the event that a divorce takes place. Most of these marriages have what is known as disqualifiers in them, such as how the assets will be divided based on the length of the marriage or if infidelity is involved.

Sometimes prenuptial agreements contain wording for other things outside of assets. This wording may contain certain conditions of the marriage, such as how many children will come from the marriage, who will earn the wages, and even where the couple will live.