When a Prenuptial Agreement Makes Sense 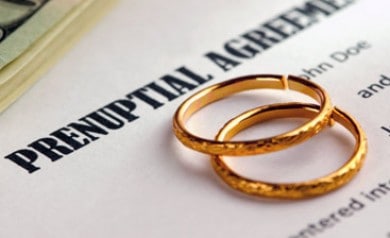 With increasing rates of divorces in society, there is a need to reevaluate one’s approach to a marriage contract. While marriage contracts symbolize an epitome of human socialization, there are instances that call for couples to agree on some issues before getting married. Some of the issues that rationalize prenuptial agreements are common and do not have to make couples feel awkward when discussing them.

To begin with, a Prenup does not work exclusively in favor of the partner earning or owning more. The agreement also comes in handy in protecting spouses who do not contribute much to a marriage in form of finances but are actively involved in building the home. For instance, it makes sense for a stay-at-home mother to feel secure that she will be taken care of financially in the event her marriage ends in a divorce.

Prenuptial agreements are also important in defining how personal debts, incurred by either of the spouses, will be cleared after the couple is married. Based on the flexibility of the agreement, couples are able to decide how their income will be used to clear such debts as student loans, child support obligations, or car loans.

Another aspect of a marriage that makes a Prenup sensible is a determination of estate beneficiaries where a spouse or both spouses want to include other people in their wills. If a marriage partner has children with someone else, it is likely that he or she may want to add them as beneficiaries alongside his or her spouse. In this case, the couple will benefit from the agreement by enabling each spouse to dictate his or her other beneficiaries’ position with respect to his or her estates.

While it is common for people to approach marriage with optimism, it makes sense for one to protect his or her interests as well as those of people likely to be affected by a divorce. A legally enforceable prenuptial agreement provides such protection.